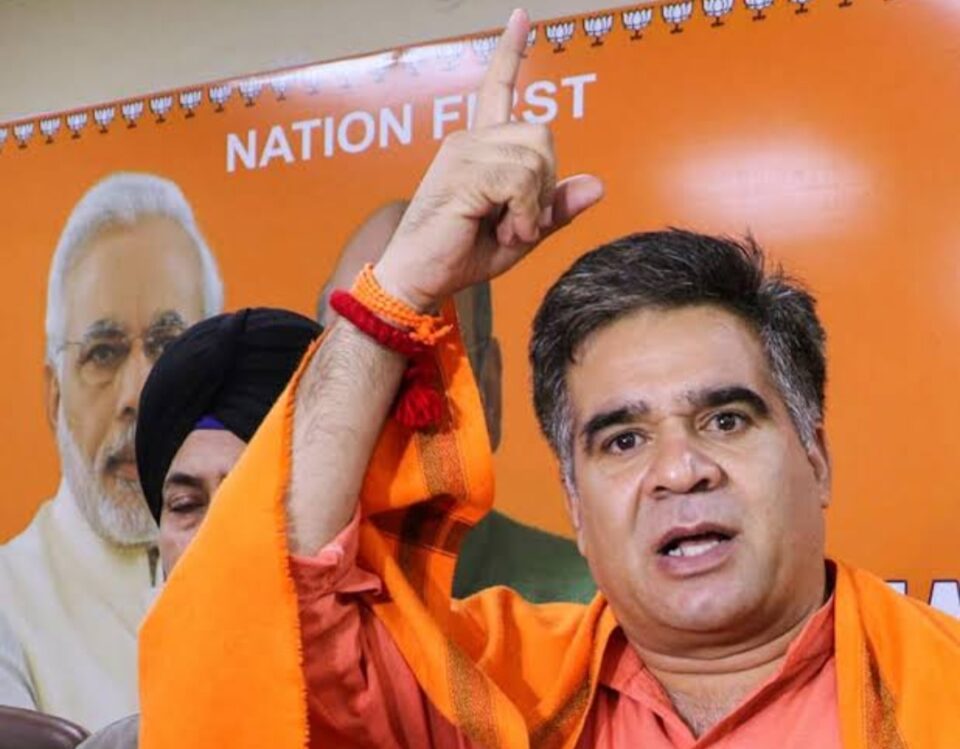 Jammu July 08 (KINS): Exhorting party leaders to walk the extra mile to reach out to the people, Jammu and Kashmir BJP president Ravinder Raina on Friday said the party is all set to form the government in the union territory with “full majority”.

Raina said the party will ensure that the nation is strengthened, both internally and externally, and is ready to lead the world.

“With dedicated efforts of the BJP leaders, the party is all set to form government with full majority in Jammu and Kashmir on its own,” Raina told the party members at a workshop.

The three-day workshop for office-bearers, leaders and members is being held at a health resort at Patnitop in Udhampur district to discuss and brainstorm various issues confronting the government and the country.

“These training sessions lead to the steady maturity of party activists,” he said, adding the BJP activists must reflect the party principles in his or her day-to-day activities.

Elaborating on the role of the Rashtriya Swayamsevak Sangh (RSS) in the Indian society, its prant karyavah Vikrant Sharma said, “A need was strongly felt to unite the society which can successfully protect the boundaries of nation in future as well.”

Senior BJP leader Mahesh Sharma explained the concept of ‘Ekatma Manavvaad’ or ‘integral humanism’ and said during the pre- and post-Independence era, a debate on the adoption of either ‘Vayaktivaad’ (individualism) or ‘Samaajvaad’ (socialism) was underway, but both concepts were incomplete and they led to conflicts. It is at this point that Pandit Deen Dayal Upadhayay proposed ‘integral humanism’, which believed that an individual, society, universe or nature and the supreme power are all integrated and cannot be separated.

“Hence, before taking any action, we must consider its impact on all of these four aspects under integral humanism. This concept will also lead to ‘Antodaya’ to the last person in society, and ‘Sarvodaya’, ensuring benefit to every individual,” he added.