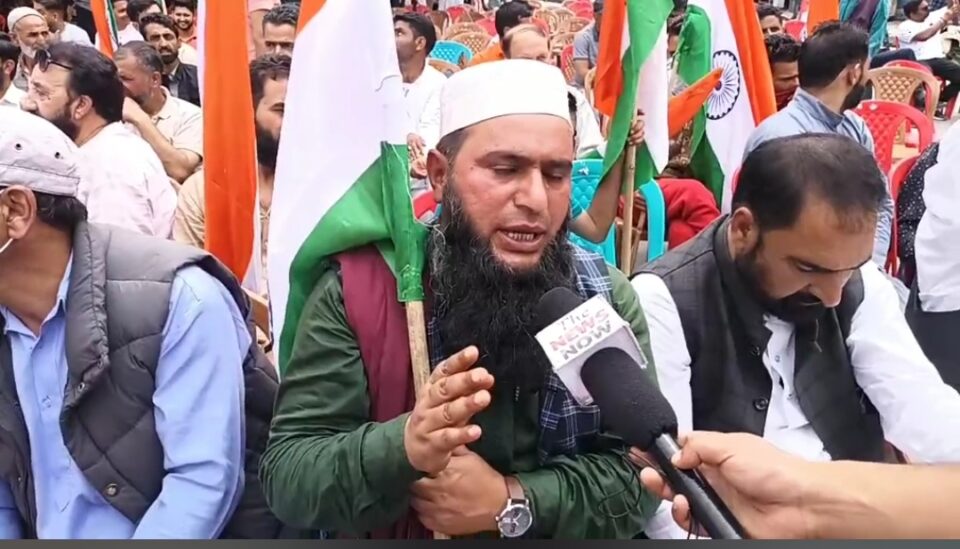 Srinagar, July 24: Authorities have heightened security arrangements in the summer capital for Tiranga Yatra scheduled to be flagged off from Ghanta Ghar area of Lal Chowk on Monday.
The Yatra will be flagged off by Union Women and Child Development Minister Smriti Irani at Lal Chowk. The yatra would culminate on Tuesday at Kargil War Memorial.

“All security arrangements have been finalised,” a senior police officer said. “At the same time it will be ensured that common people don’t face any inconvenience.”
On Sunday, the flea market was abuzz with customers but patrolling in entire Lal Chowk was intensified. In the evening, more joint parties of police and paramilitary forces reviewed security arrangements at Lal Chowk.

Besides, state presidents and general secretaries of all BJP-ruled states, and four Members of Parliament would also attend the rally. Earlier in the day, BJP National general secretary BJYM, Vabhav Kumar and Neha Joshi, National Vice President BJYM addressed a press conference paying homage to the soldiers who laid their lives during Kargil War.(GK)