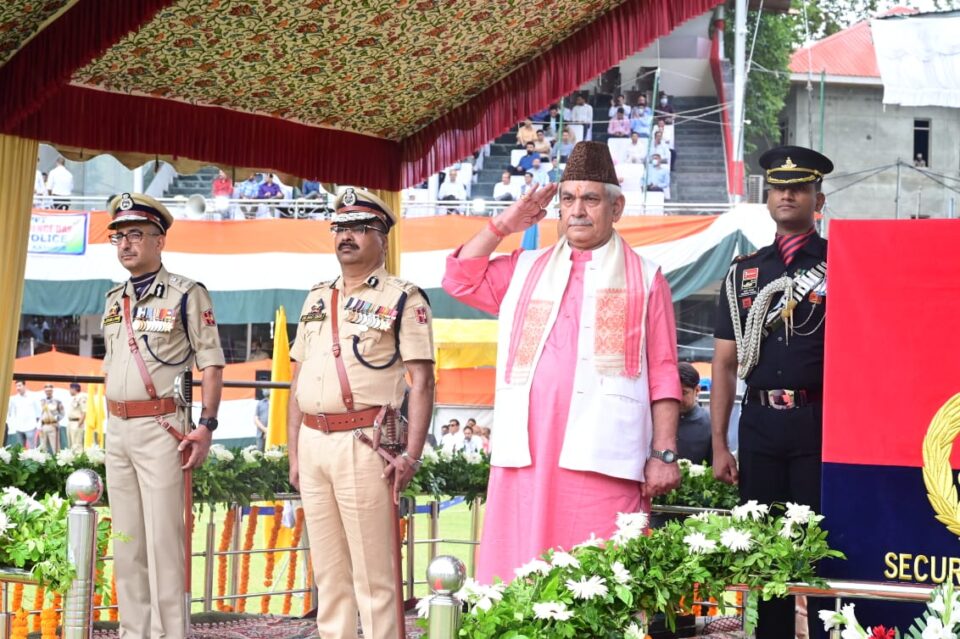 Situation remained under control, No curbs or Internet restriction: Police

The main function was held at Sher-i-Kashmir Cricket ground in Srinagar where Lt-Governor Manoj Sinha hoisted an unfurled tricolor, inspected the parade and took the ceremonial salute.

The authorities had placed elaborate security arrangements across the Valley to ensure peaceful celebrations.

A senior police officer told news agency KINS that the adequate security arrangements were put in place across Srinagar, highways, major junctions, and hot spots to thwart any untoward incident.

Most government buildings, including educational institutes, hoisted the tricolor and sang the national anthem.

After reviewing the situation in Valley, the police had decided not to snap mobile and internet services on 15th August.

One of the top officials of the police said that there was neither internet shutdown nor restrictions.

He said counter-drone technology was deployed at all sensitive places in the region, especially in the main city center Lal Chowk. (KINS)

Mysterious blast in Anantnag, one injured

Anger among FCSCA employees over non-availability of PPEs

Ready To Go To Jail For 44 Years But Won’t Compromise On The Rights Of People: Shah Faesal