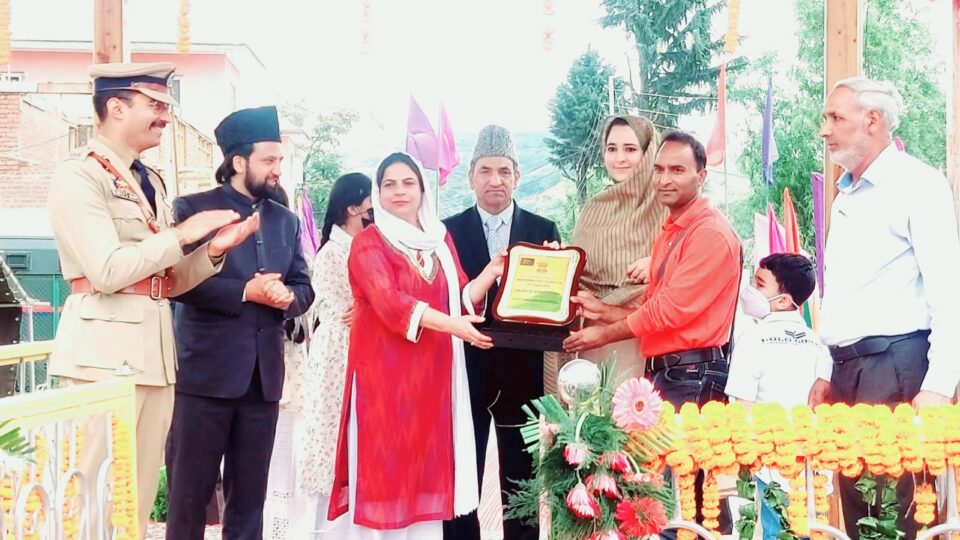 Srinagar, August 15(KINS): Senior Journalist and KINS North Kashmir Bureau Chief “Arshid Farooq ” today bagged an award for the best journalist during the function of Independence Day celebration held at Baramulla.
Notebly Arshid Farooq also contributes to the local newspaper, Lake City Times.
The award was provided to the journalist for his commendable social service and impartial and regressive efforts for reaching to the common public of the district and highlighting their grievances.
The award ceremony was held at the conclusion of the Independence day function, during which Safina Baigh, DDC Chairperson
was the Chief Guest.
DC Baramulla, Sehrish Asgar, DIG North Kashmir, SSP Rayees Ahmad Bhat, and all district and Sectoral officers were present during the function.
The function was held at District Police Lines where a huge gathering of the general public was seen.(KINS)

Stop influx of people from Ladakh to Srinagar: BJP to Distt Admin