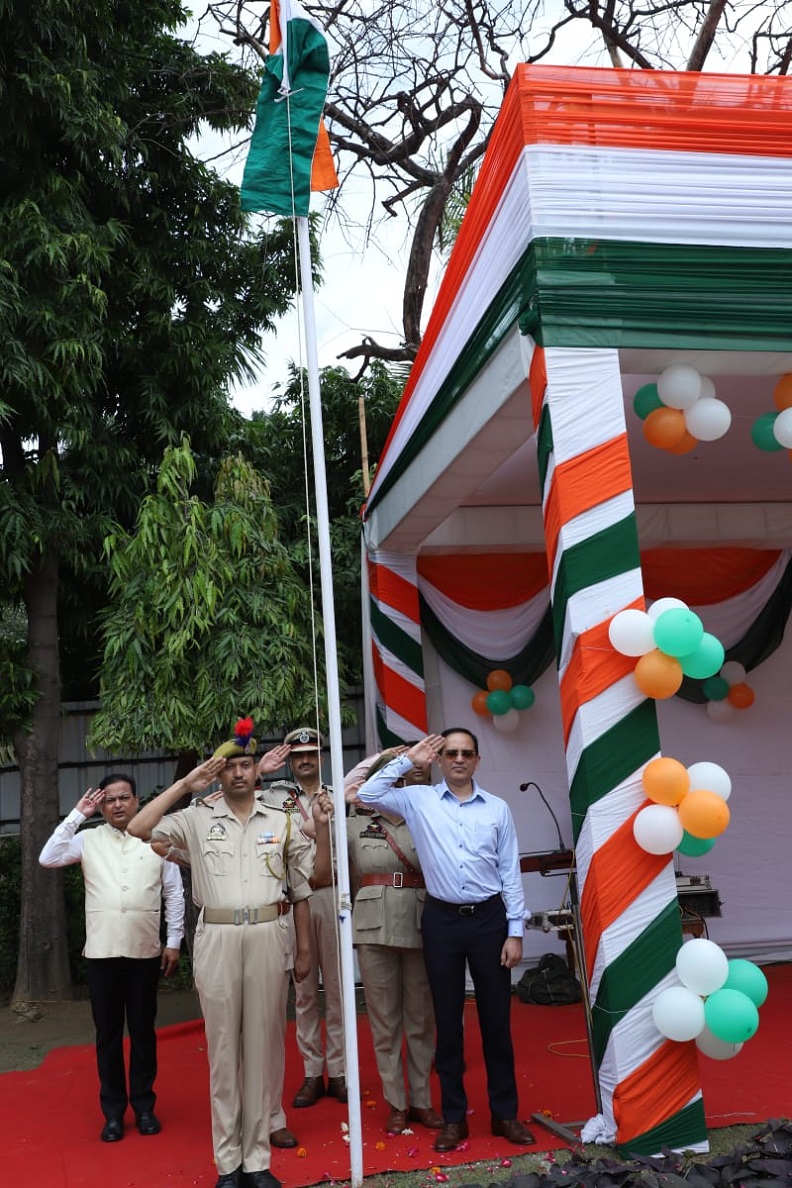 NEW DELHI, AUGUST 15: Principal Resident Commissioner (PRC), Jammu and Kashmir, Bipul Pathak, today hoisted the National Flag on eve of 76th Independence Day at JK House, Prithvi Raj Road, here
On the occasion, a contingent of J&K Armed Police presented guard of honour.
While speaking on this auspicious day, PRC said that this event makes us to remember the sacrifice of our freedom fighters who laid down their lives for the dignity and integrity of our beloved nation and made freedom for India a present reality.
Among others Additional Resident Commissioner Neeraj Kumar; SSP, Ajeet Singh, and other officers and officials were also present on the occasion.
Later, the PRC also held an interaction with the officers and officials of JK House.