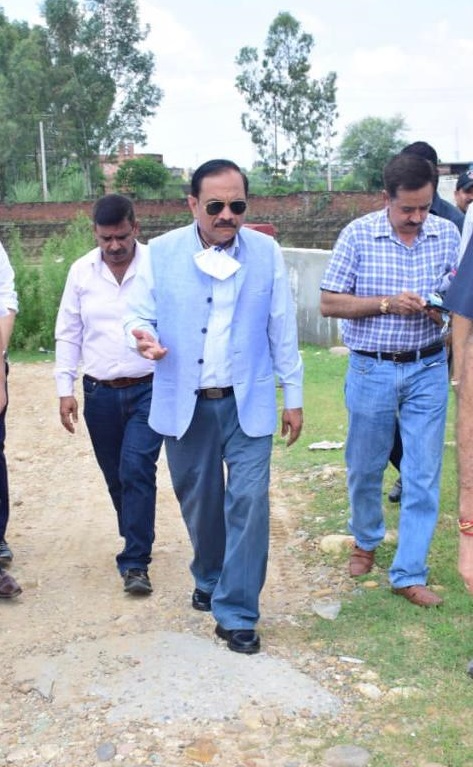 JAMMU, AUGUST 17: Advisor to Lieutenant Governor, Rajeev Rai Bhatnagar today conducted an extensive tour of Ranbir Canal here and assessed the damage caused by flash floods recently to the Balole Syphon.
CE I&FC Jammu , Hamesh Manchanda; SE Hydraulic Jammu, Xen ID 2 Jammu, Xen MID Jammu ADC Jammu and other senior officers of Jal Shakti Department also accompanied the Advisor during the visit.
While taking first hand appraisal of the breach on the canal syphon Advisor Bhatnagar directed concerned officers to rectify the breach as early as possible as the water of canal caters to a large population and forms the lifeline of Agriculture sector here. He further stressed upon the officers to work in mission mode and shifts so that the rectification work is completed in the shortest possible time The Advisor, during the visit also interacted with the engineers of executing agency and enquired from them about the reasons for the breach and conduct a detailed study on same to prevent further events like these.
The Advisor on the occasion also asked the engineers to strengthen the places having apprehension of breach He also examined the damage caused by flash floods in the adjoining area and also directed that the erosion around the abetments of the road bridges be examined and remedial action taken.