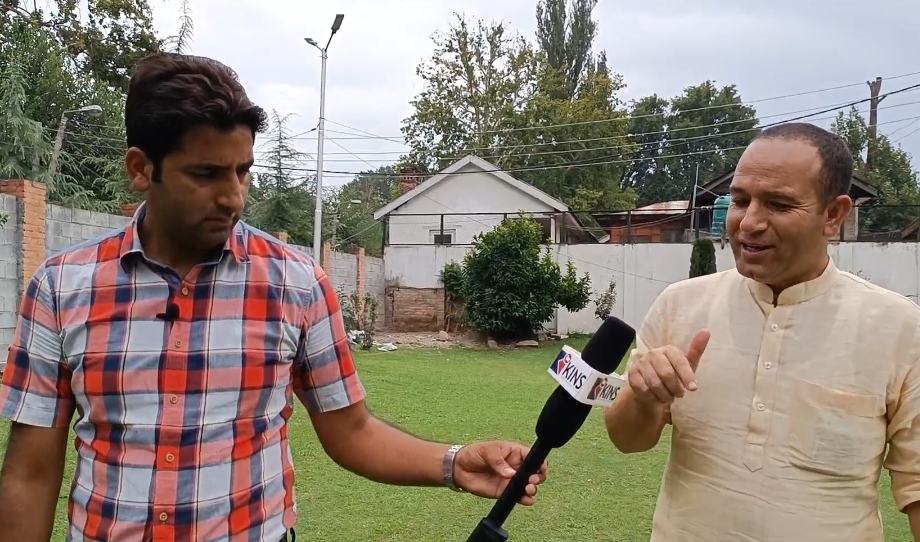 In an exclusive interview with news agency Kashmir Indepth News Service (KINS), Sharma said those mainstream politicians should be ashamed who are seeking release of separatists.
“I doubt their political integrity, who are seeking releasing of separatists or saying they should be given a free trial. Mohammad Yasin Malik has confessed that he killed IAF men. But there are still some mainstream leaders who advocate for his release,” the BJP leader said, apparently referring to Peoples Conference chief Sajad Gani Lone’s statement who recently expressed concern over the health of jailed Yasin Malik and asked for his “fair trial.”

The BJP leader however praised Mehbooba Mufti’s sister Rubiya Saeed for identifying Yasin Malik as her “abductor”. “I congratulate her for giving this statement in the court unlike some mainstream leaders who are trying to push Kashmiris towards separatism. These mainstream politicians and separatists’ DNA is the same and strict action should be taken against them equally,” the BJP leader said.

Mehbooba Mufti has been critical of the BJP-led central government’s policies on Kashmir. She has been advocating dialogue with Pakistan and Hurriyat leaders.
However, she has defended her sister’s statement in the court saying that she did her duty as per the law by identifying in the court outlawed JKLF chief Yasin Malik as one of her abductors in the 1989 abduction case.

Rubaiya was abducted near Srinagar’s Lal Ded Hospital on December 8, 1989, and freed from captivity five days later on December 13 after the then VP Singh government, supported by the BJP at the Centre, released five militants in exchange for her safe return. Her father was the Union home minister at the time.

Sharma claimed that Farooq Abdullah and Mehbooba Mufti were responsible for the killing of Kashmiris.

“How many youth were killed and blinded during Farooq Abdullah and Mehbooba Mufti’s tenure as chief minister. After abrogation of Article 370, the BJP imposed restrictions in Kashmir and all were meant to save the lives of civilians. Pakistan is hell bent to create disturbance in the valley for which some mainstream politicians also support. There are some elements including mainstream politicians and employees who are sympathizers of militants. Manoj Sinha-led administration
has been taking action against them. Some are behind bars while many government employees have been dismissed from services. Manoj Sinha recently said that time has come to strike the last nail in the coffin of militancy in Jammu and Kashmir. By 2023, militancy will be over and then we have to deal only with people from across the border,” he said.

He said all agencies were working to eliminate militancy at the earliest in the valley. “BJP has a proper roadmap for J&K. It is on the path of progress. Give BJP some time and you will see a huge change in coming years.”

On targeted killings, he said, “Pakistan is frustrated to see support of Kashmiris for the BJP. Recently Har Ghar Tiranga rallies were held in every corner of J&K. Now militants are targeting civilians in the valley to terrorise the people,” he said, adding people were not forced to hoist tricolor on Independence Day. (KINS)