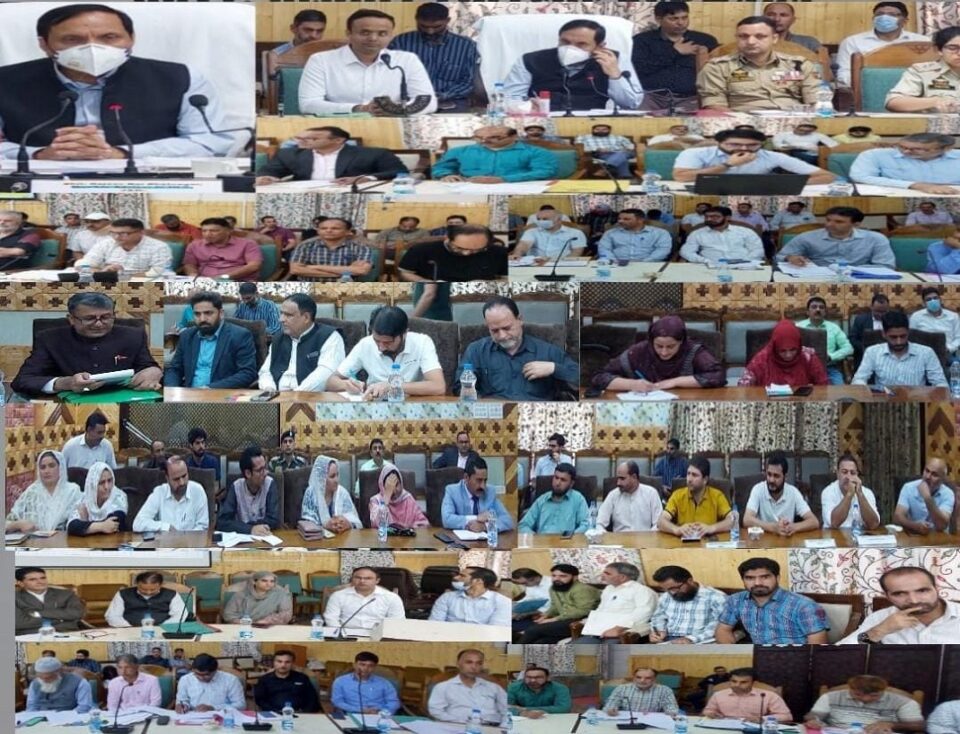 KUPWARA, SEPTEMBER 03: Advisor to Lieutenant Governor, Rajeev Rai Bhatnagar today held a detailed interaction with DDC members, BDC chairpersons and other PRI representatives of the Kupwara district.
DC Kupwara, SSP Kupwara, SP Handwara and other officers were also present during the interaction.
While interacting with the public representatives, Advisor Bhatnagar said that the present LG’s Administration has strengthened the Panchayati Raj system across J&K and the people from grass root level are being given opportunity to participate in the developmental process of Jammu and Kashmir. He further said that district Kupwara is the focus of LG’s administration, adding that various good things have come to fore while as, there is scope to do much more in the district for the welfare and prosperity of the people living in the district.
During the interaction, Vice , DDC Kupwara highlighted various demands pertaining to the whole district including completion of Lolab-Bandipora road, development of tourism destinations, among others before the Advisor.
While deliberating on several issues and concerns raised by the public representatives, Advisor Bhatnagar assured them that all of their genuine issues and problems will be redressed on priority basis.

Panchayat polls: Baramulla records over 36% turnout till 12 am

Labourer drowns in Jhelum in Pulwama