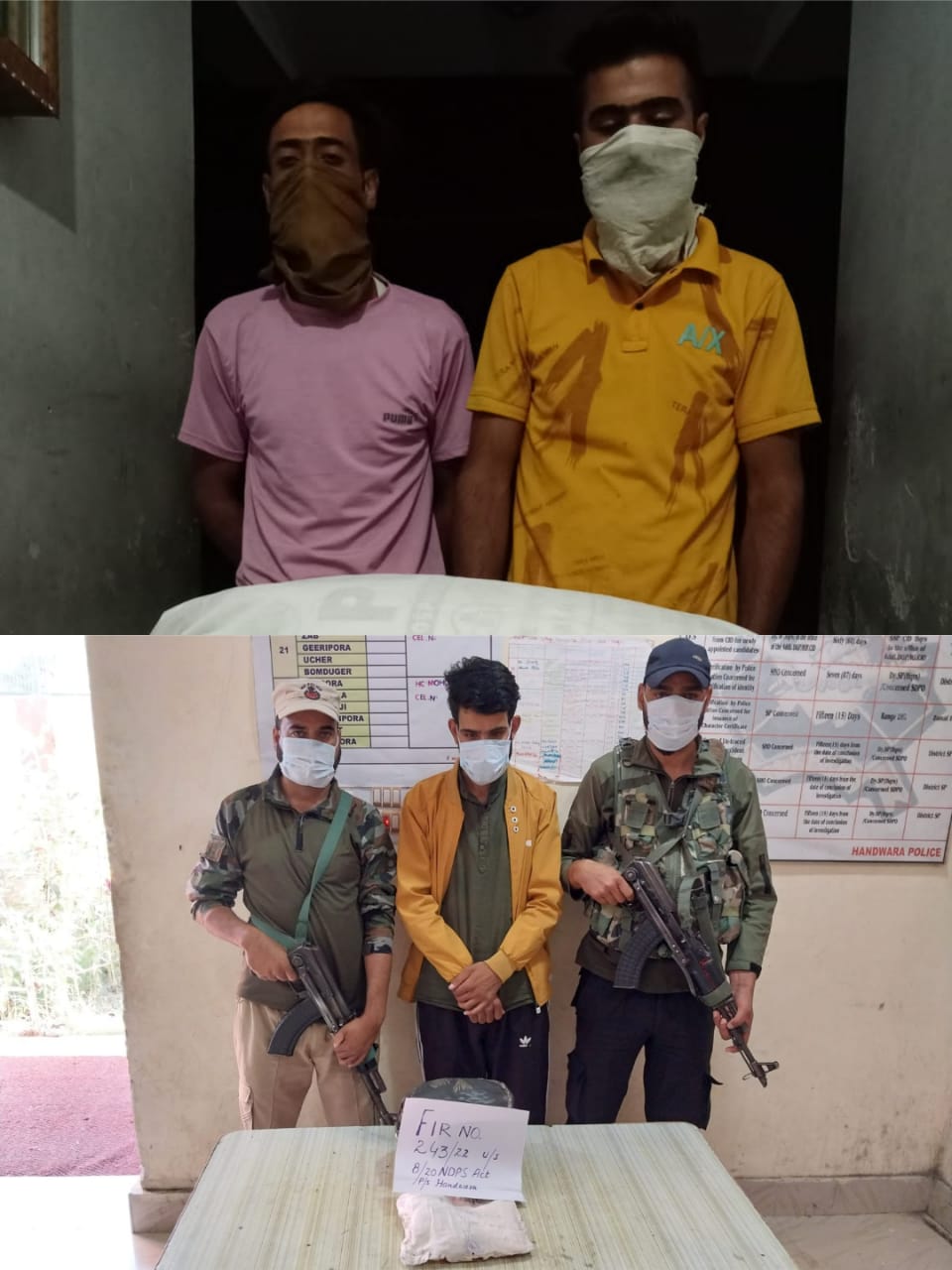 September 03 (KINS): Continuing its efforts to eradicate the menace of drugs from the society, Police have arrested three drug peddlers in Sopore & Handwara and recovered contraband substances from their possession.

A Police party headed by SHO PS Tarzoo under the supervision of SDPO Sopore Shri Furqan Qadir-JKPS at a checkpoint established at Amargrah Crossing intercepted a vehicle (Load Carrier) bearing registration number JK05D-2486 with two persons on board. They have been identified as Barkat Ahmad Dar son of Abdul Ahad Dar and Aqib Ahmad Kuloo son of Nazir Ahmad Kuloo both residents of Sher Colony B Sopore. During checking, 15kgs of Poppy Straw was recovered from their possession. They have been arrested and shifted to police station where they remain in custody. Accordingly, a case vide FIR No. 81/2022 under relevant sections of law stands registered at Police Station Tarzoo and further investigation has been initiated.

Similarly in Handwara, a police party of Police Post Magam during naka checking near Jamia Masjid Uchar Magam intercepted a person in a suspicious manner. During search, around 250grms of Charas like substance was recovered from his possession. He has been identified as Masood Ahmad Fomda son of Gh Mustafa resident of Uchar Magam. He has been arrested and shifted to police station where he remains in custody. Accordingly, a case vide FIR No. 243/2022 under relevant sections of law has been registered at Police Station Handwara and investigation has been initiated.

Community members are again requested to come forward with any information regarding drug peddlers in their neighbourhood. Persons found indulging in drug peddling will be dealt as per law. Our consistent actions against drug peddlers should reassure the community members that we are making efforts to keep our society free from the scourge of drug menace.