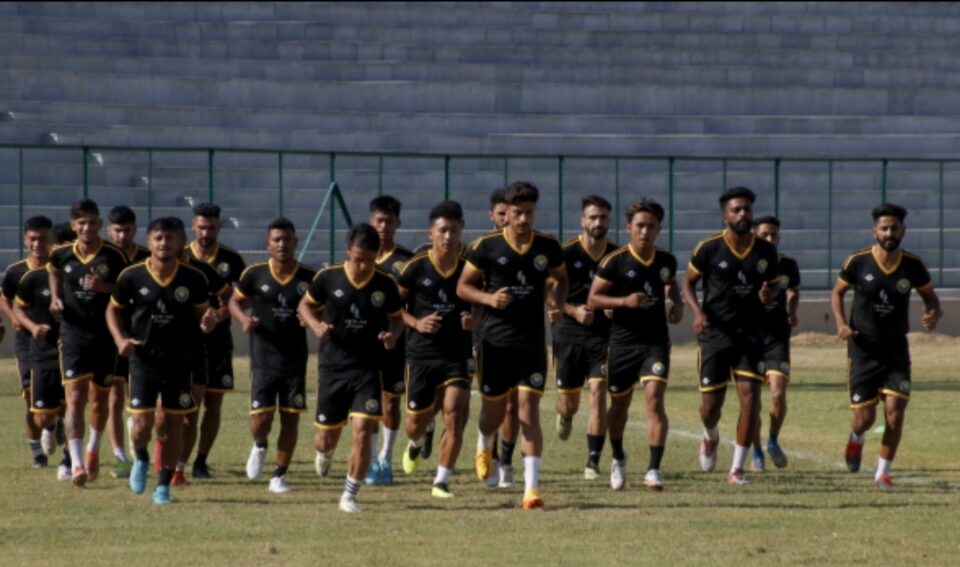 Srinagar Sep 07: There is good news for Real Kashmir Football Club (RKFC) fans as the team started practice for I-League 2022-2023 on Wednesday at Bakshi Stadium Srinagar.

However, players along with team staff have begun practicing at Bakshi Stadium Srinagar ahead of I-League 2022-2023.

They looked energetic and are hopeful to play best in the I-League.

This year the team comprises five foreign players, five Kashmiri players. Rest players are from different parts of the country.

Some of the players have played in top leagues including the ISL.

The team management has assured full support to the players.

RKFC has become one of the most popular I- League football clubs in the country in a short span of time.

It is participating in the top-tier of Indian football for the last five years.

No compromise with construction of roads: Govt directs R&B