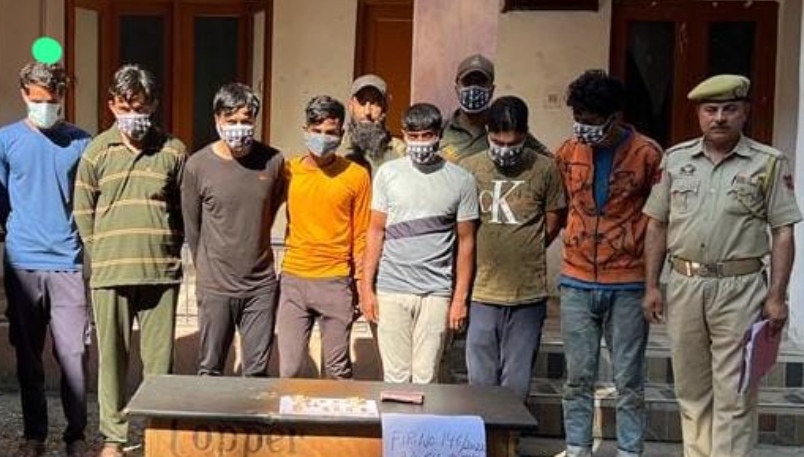 September 10: Continuing its efforts to curb the menace of drugs from the society, Police have arrested 02 drug peddlers in Anantnag and recovered contraband substance from their possession.

Police Station Srigufwara received a specific information through reliable sources that one person namely Javid Ahmad Bhat son of Gh Mohi-ud-din Bhat resident of Sirhama Srigufwara has indulged in drug peddling and has hoarded a large quantity of narcotic substance in his residential house.

On receipt of this information, a police party from Police Station Srigufwara alongwith Executive Magistrate concerned raided the said location. During search, officers were able to recover 6.2Kgs of Bung Boosa from the said house. The accused person was arrested and shifted to Police Station where he remains in custody. Accordingly, a case under relevant sections of law has been registered and further investigation is in progress.

Meanwhile in another action, officers from PP Janglatmandi at a checkpoint established at Ashajipora bridge, intercepted a suspicious person identified as Hashim Mushtaq Bhat son of Mushtaq Ahmad Bhat resident of Dabruna Anantnag. During search, officers were able to recover 800grams of Bung Bosa from his possession. He was arrested and shifted to PS where he remains in custody.

Community members are requested to come forward with any information regarding drug peddlers in their neighbourhood. Persons found indulging in drug peddling will be dealt as per law. Our consistent actions against drug peddlers should reassure the community members that we are making efforts to keep our society free from the scourge of drug menace.