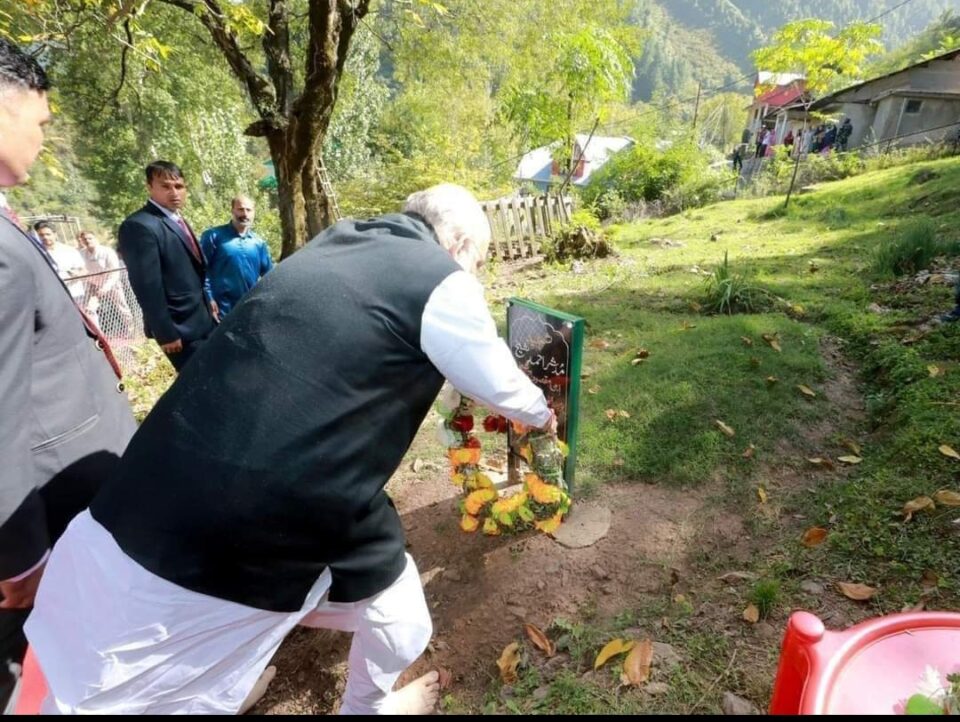 Uri (JK), October 5: Union Home Minister Amit Shah on Wednesday visited the family of policeman Mudasir Sheikh who was killed in an encounter in Baramulla district of Jammu and Kashmir earlier this year, officials said.

Shah met Sheikh’s family and interacted with them.

“He had the route changed and went all the way through the tough route to meet the martyred family,” the officials added.

Sheikh, working as a special police officer (SPO) in the Jammu and Kashmir Police, laid down his life while fighting three foreign terrorists of Jaish-e-Muhammad in an encounter at Najibhat Crossing in Kreeri. (PTI)

Kashmir buzz with tourism, entertainment activities, Over 550 applications received from filmmakers for shooting in J&K