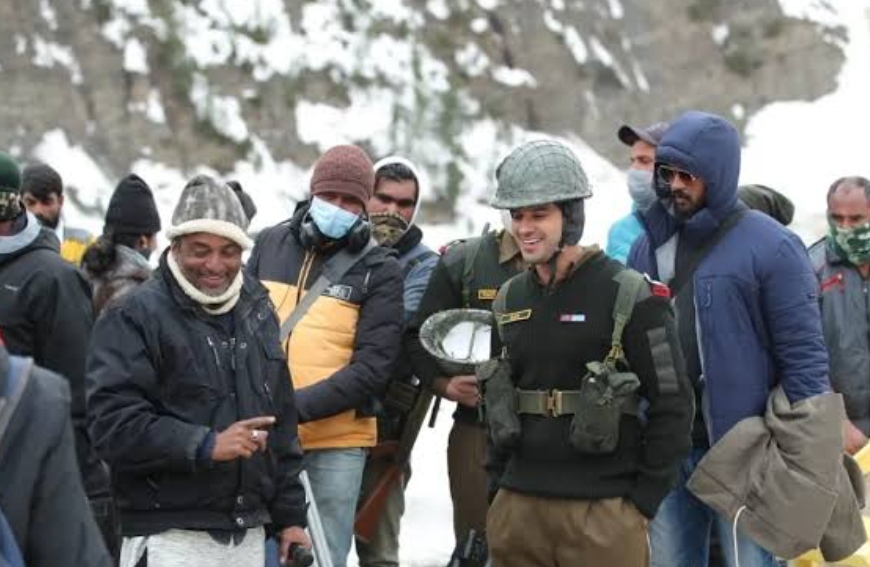 Srinagar Oct 06 (KINS): There is a buzz of entertainment and tourism activities in Jammu and Kashmir which has brought a new hope among people after multiple lockdowns.

These days’ scores of film crews are shooting in Kashmir for various movies including Bollywood.

An official said the J & K Film Development Council (JKFDC) has received more than 550 applications from filmmakers for film shoots.

“Permission has also been granted to over 200 filmmakers including from Bollywood so far,” the official told news agency Kashmir Indepth News Service (KINS).

In 2021, the government launched its maiden film policy to attract filmmakers to Jammu and Kashmir.

Similarly, after over three decades, a cinema hall in Kashmir is allowing locals to see movies on a large screen after decades in Srinagar’s Shivpora area.

Kashmiri businessman Vijay Dhar, and film distributors and theatre chain INOX, have collaborated to open the Valley’s first multiplex in September. This multiplex has three movie theatres with a total seating capacity of 520 people.

“There was a need for cinemas in Kashmir. When we have theatres in Jammu why can’t they have them in Kashmir? Why can’t Kashmiri youth have this entertainment facility?” Dhar asked, who also owned one of the prominent schools in Kashmir.

Similarly over 20 lakh tourists have visited Kashmir in the first eight months of this year creating new job opportunities for people.

Besides, political parties have also geared up for assembly elections in Jammu and Kashmir as the Election Commission has intensified preparations by starting revision of voter lists after the Delimitation Commission completed its exercise.

Political parties are holding rallies across Kashmir and asking people to strengthen their parties.

The politics in Jammu and Kashmir is also reinvigorated with Ghulam Nabi Azad’s new innings after his resignation from the Congress.

Azad’s decision to launch a party in J&K and named it Democratic Azad Party (DAP) has created a buzz in political circles as he has been holding rallies across Union Territory these days. (KINS)

Rights of minorities are guaranteed in India: Naqvi