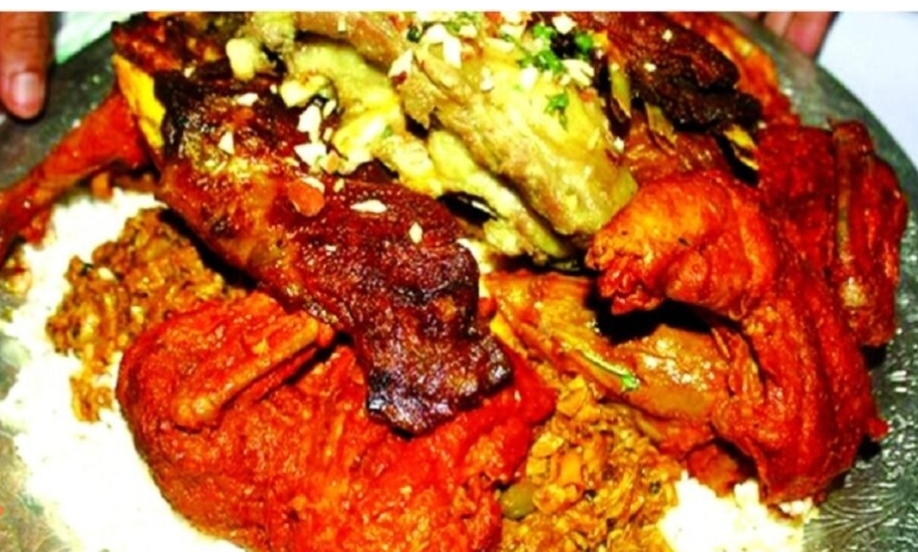 Srinagar Oct 08 (KINS): Sajjid Ahmad, a college student had Wazwaan last month at a restaurant in Srinagar. After an hour, he suffered severe digestive tract infection. He felt an irritation in his throat and burning sensation, followed by fever.

According to news agency KINS, Sajjid, who lives in Srinagar’s Habak area, was rushed to the hospital. After the screening, doctors told him that he had food poisoning because of consumption of colouring agents with Wazwaan.

“The colouring agents are being used in food items but why does the government allow their sale in markets,” he asked, who was discharged after three days from hospital.

This is not an isolated case, but scores of such cases are getting reported everyday in Kashmir where people face food poisoning after consumption of Wazwaan or other food items like traditional snack Nadre Mounji, Biryani and pickle.

Ghulam Mohammad, a resident of Batamaloo, said that use of chemicals was being widely used in dishes like Wazwan and grilled chicken and meat, which gives it a reddish colour. “Government is not taking any measures to stop this practice.”

Earlier the government had issued an advisory asking people not to allow chefs to use any artificial colorants while preparing the Wazwan.

“Consumers are advised to encourage use of safe and natural colour extracts like cocks comb, sun-dried red chillies and pure spices both at home and during functions and festivals,” the advisory said.

Ali Mohammad, a chef from old city Srinagar said that the government should completely ban the colourful food agents.

In 2014, the Jammu and Kashmir High Court also banned the use of artificial colours Carmoisine, Tartazine and sunset yellow, after a report submitted by Shar-e-Kashmir Institute of Medical Sciences (SKIMS), Soura.

The report had shown the presence of harmful colouring agents in samples collected from three food processing companies, and termed it “shocking and hazardous” for health.

Subsequently, the Srinagar Municipal Corporation (SMC) also warned the sellers of strict punishment under the FSS Act of 2006 if they used the banned colours in their products.

However, seven years later, the unhealthy practice is going on with food items.

The UK Food Standards Agency commissioned a study at Southampton University of the effect of six food dyes (Tartrazine, Allura Red, Ponceau 4R, Quinoline Yellow WS, Sunset Yellow and Carmoisine) on children. The study found “a possible link between the consumption of these artificial colours and a sodium benzoate preservative and increased hyperactivity”.

A senior official of the Food Safety Department said that several hotels, eateries and roadside vendors randomly add the colouring agents to foods including in Wazwaan without “knowing its consequences.

“We have taken action in a number of cases against those who used these harmful coloring agents in food items,” the official added. (KINS)

Lt Governor inaugurates National Seminar on “Agriculture and More: Beyond 4.0”, hosted by SKUAST-K