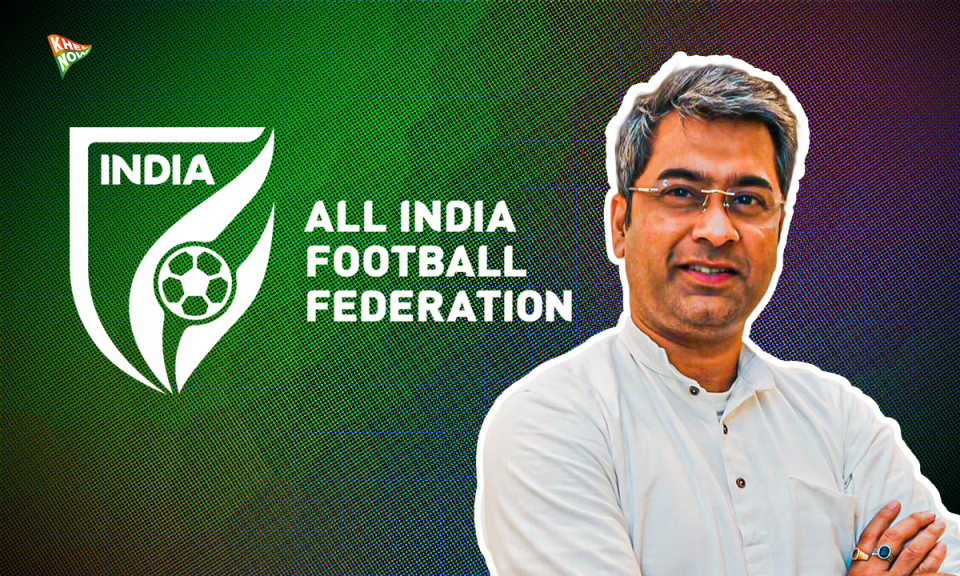 New Delhi Nov 29: The All India Football Federation President Kalyan Chaubey on Tuesday, November 29, 2022, held a meeting with the representatives of the Hero I-League clubs in the Football House in New Delhi. In the meeting that lasted two hours, the President had an intensive discussion with the club officials on the new mantra and philosophy of the Hero I-League and Indian Football in general.

Chaubey said that the current management in the AIFF is aiming for a growth of five hundred per cent in Indian Football, both from the qualitative and commercial aspects of the game.

The President also had a discussion with the clubs on the AIFF-Club partnership, key strategic areas of the game, players development pathway, the league pyramid, the possible areas for the revenue growth of Indian Football, the way forward for the increase of commercial value and how Indian Football could be converted into a talent hub of world football.

While addressing the Hero I-League clubs, Chaubey said, “All the clubs as well as the federation are pursuing a dream that they want to be realised in near future. As the fifth largest economy in the world and the largest democracy on earth, India has all the potential to take the game ahead and the clubs have been trying to achieve it for a long time. However, it has not been recognised the way it should have been. Our focus is the development of the clubs and the AIFF is with the clubs and will support them to the best possible extent.”

To support and create a smooth path for betterment of club football, Chaubey stressed on the fact of having more homegrown players in as many tournaments across the country. “Without homegrown players, we cannot build a large pool of local talent,” he said. After hearing the President, the representatives of the Hero I-League clubs agreed to the suggestion that efforts should be made to include more number of Indian players in tournaments across the country.

Chaubey pointed out that a whole lot of measures have been taken to improve the conduct of the Hero I-League in the ongoing season. Talking on the television coverage of the league, he said that roping in of Eurosport and Doordarshan Sports has ensured a reach of minimum 2.5 crore households on match days. “It is our duty to improve upon the overall conditions and facilities in the Hero I-League venues, including pitch and light settings. The quality should not be compromised and the clubs will have to be alert on this.”

Explaining the concept of Elite Youth Leagues and age-group development, the Secretary General Dr. Prabhakaran said that broad-based club development and elite players development plans are being formulated and it will have a top-down approach from Elite Youth Leagues to grassroots leagues in all age-groups from U-9 to U-21. “No doubt there are multiple challenges. If we grow properly, the challenges could be met successfully. To have smooth conduct of the game and to give the clubs the opportunity to plan their seasons well in advance, we will announce the annual competition calendar 2023-24 in December 2022 only.”

Chaubey said he had exhaustive deliberations with senior officials of FIFA and AFC on youth development projects in India and reputed coach and FIFA’s Chief of Global Football Development Arsène Wenger could visit India to advise on the projects.

Dr. Prabhakaran informed the meeting that a taskforce consisting of representatives of Hero I-League clubs will be formed. The taskforce will have regular interactions with the AIFF to finalise strategy and resolve problems whenever it is needed.

The representatives of the club congratulated the AIFF President for being elected unopposed Joint Secretary of Indian Olympic Association.

GDC Pampore organizes various activities under My Town My Pride 2.0

Lt Governor joins youth in “Pedal for Peace” event
Youth are the messengers of peace, prosperity & brotherhood: Lt Governor
‘I am committed to provide each and every citizen of Jammu and Kashmir and their family members, the best possible benefits and facilities’: LG