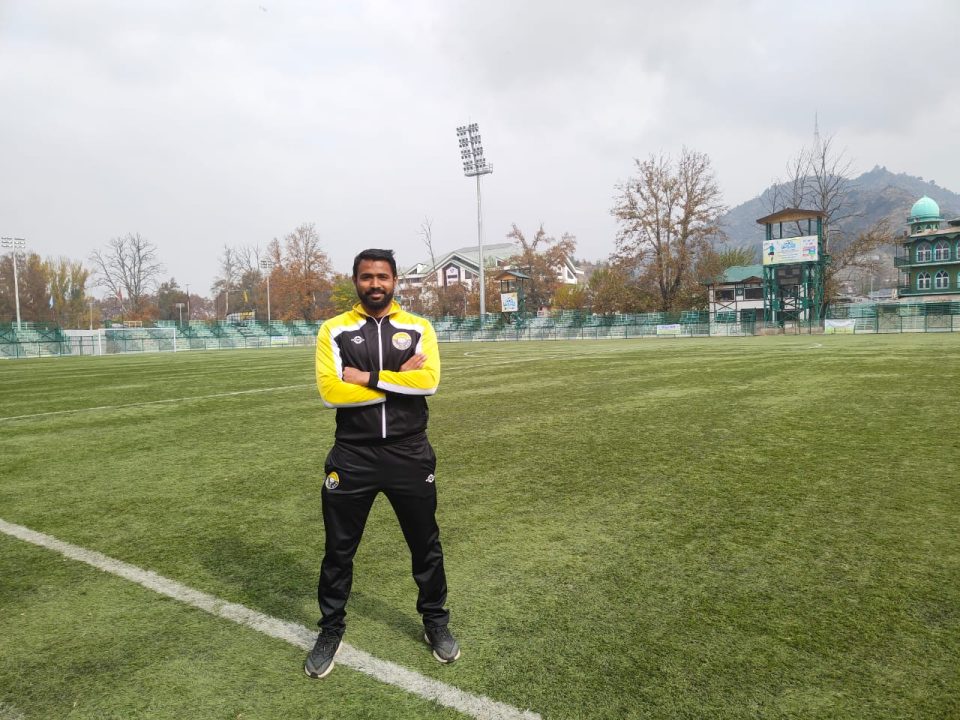 Srinagar Nov 29: Real Kashmir Football Club (RKFC) has remained unbeaten in Hero I-League 2022-2023 so far. In the four matches the team played, no team managed to score a single goal against snow leopards. They have bagged three wins and one draw.

Amid freezing temperature, the coaches have been providing training to players early in the morning at the Synthetic Turf TRC Srinagar.

“I really feel proud to be part of RKFC. I always wanted to be the coach of a top team. I believe this is the right team and time for me,” goalkeeper coach Harshad Deepak Mehar said.

He said the team has great expectations with him. “RKFC has a new squad who are very focused. We are improving day by day. A goalkeeper should have minimum error and maximum clean sheets. This is what I want from our goalkeepers,’’ he said, who hails from Maharashtra.

He said the team has really performed well this season so far. “We plan match by match and make strategies accordingly. There are great expectations with the team and we hope we won’t disappoint our fans,” he said, who has coached several top clubs of the country including Pune City FC youth team, Tiddim Road Athletic Union (TRAU) FC, Maharashtra National Team, Sudeva FC.

Besides, he has played for many top football clubs of India as a goalkeeper including the U-17 Indian team, Air India, Sports Club Goa and Kerala Blasters.

The snow leopards have remained unbeaten this season so far. The high-flying Snow Leopards have had a solid start to the new season, with victories against NEROCA FC (1-0) and Rajasthan United FC (2-0), and a goalless draw against champions Gokulam Kerala FC then won against Churchill Brothers (1-0). The team is scheduled to play against TRAU FC on December 1 (Thursday) at its home ground Synthetic Turf TRC Srinagar and the match will start at 2 pm.

LSA to take law students for internships across the nation: Justice Magrey

No abduction of soldier in Kashmir: MoD

Online Management, Monitoring & Accounting System to be introduced in PW(R&B)