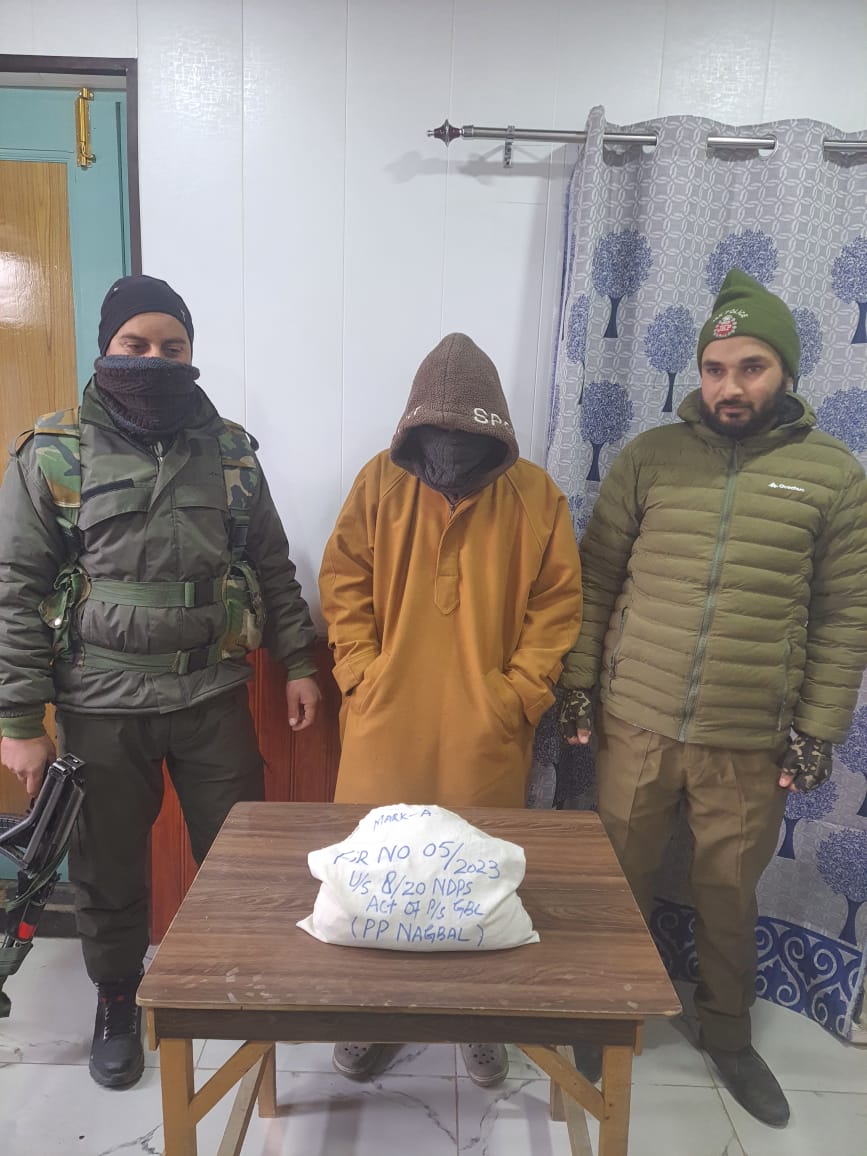 January 07:Continuing its efforts to eradicate the menace of drugs from the society, police have arrested a drug peddler in Ganderbal and recovered contraband substance from his possession.

A Police Party led by In-charge Police Post Nagbal at a checkpoint established at Rangil intercepted a vehicle (Celerio Car) bearing registration No. JK01AQ-9906 driven by one person identified as Furqan Ashraf Dar son of Mohd Ashraf Dar resident of Mandibal Nowshera Srinagar. During search, contraband substance (Bung Patri) like substance was recovered from his possession. He has been arrested and shifted to police station where he remains in custody. Vehicle used in the commission of crime has also been seized.

Accordingly, a case vide FIR No. 05/2023 has been registered in Police Station Ganderbal and further investigation has been taken up.

Community members are requested to come forward with any information regarding drug peddling in their neighbourhood. Persons found indulging in drug peddling will be dealt as per law. Our consistent actions against drug peddlers should reassure the community members that we are making efforts to keep our society free from the scourge of drug menace.“`

_Illegal extraction and transportation of minerals_

Coordination Committee of Presidents of ULBs called on Advisor Khan